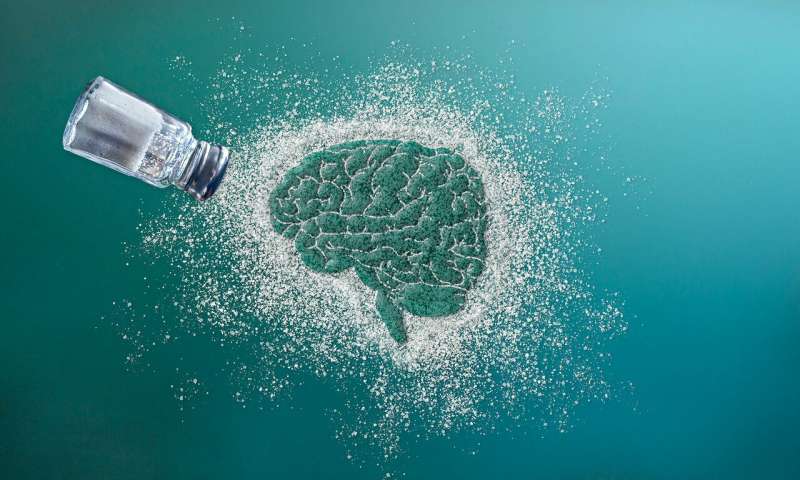 Late night salty snacks are my downfall! But in my defence, salt has a highly addictive flavour and our brains have evolved to enjoy the taste because it’s necessary for our survival. Ok, so perhaps salty crisps or soy sauce laden snacks are not exactly the answer to my bodies sodium needs. So, what’s the issue then with some added salt to our diets?

Apart from the uncomfortable bloating highly salty foods can cause, a diet high in sodium can also lead to high blood pressure and cardiovascular disease. The real problem is we often don’t realise how much sodium we are consuming as it’s often pre-added to processed foods and used excessively in cooking.

Why do I crave salt?

Craving salt is part of our in-built survival mechanism. Over the course of human evolution, sodium (a component of salt), which is necessary for our bodies to function properly, wasn’t always easy to find. Hence, we’ve developed the ‘craving’ sensation as a signal to get more salt into our systems.

Today, however, that salt craving sensation hasn’t really been modified for our current diets. The Singapore Health Board recommends consuming no more than 2000mg of sodium per day. That is equivalent to 1 teaspoon of salt. The problem is most people across Asia are taking in nearly twice that amount of salt each day.

While the taste sensation of salt is largely why we over-consume it, there are other possibilities too.

We all know we need water for our bodies to function properly. But it’s not always the first thing you reach for when you’re unwittingly dehydrated. Salt attracts water, so your body cleverly sends those salt craving signals out for you to eat or drink more, hence you restore balance to your body.

It’s common to turn to food to alleviate stress. Who can deny that little bit of calm you get from munching on some salty crisps? Being stressed means you produce more of the hormone cortisol. Some animal research suggests that higher sodium levels can lead to less cortisol being produced, thereby reducing your stress levels. Be warned though, reaching for a ‘salty-stress-beater’ of crisps or fries also contain a lot of calories!

Ah, that salty sweat that dries on your skin after a hard workout is more than a badge of honour, it’s a sign! When you exercise, you sweat to cool yourself. That sweat contains water that carries with it important electrolytes such as sodium, chloride, potassium and magnesium. If you’re craving salty recovery foods, you’re probably in need of an electrolyte top-up. That’s why sports drinks can be so effective during longer workouts – they help maintain the electrolytes your muscles need to keep working hard! 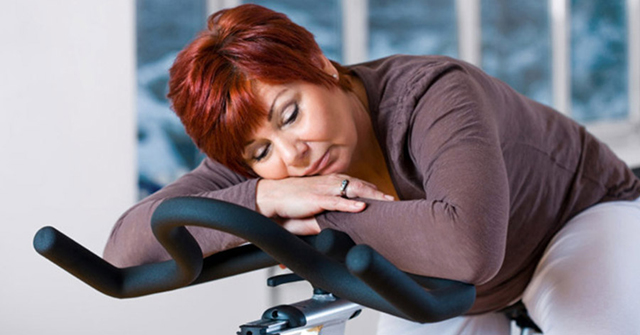 Are you really craving salt or are you reaching for your favourite salty comfort food to give you that pep-up? A study in Sleep journal found that sleep deprived people had an increase in appetite and were less able to resist yummy snacks. Of course, it’s easy to say ‘get more sleep’ but simply taking a moment to think about why you’re craving that salty snack can deter you long enough to avoid overeating.

Not all salt cravings have simple solutions. Some medical conditions such as Barrter syndrome and Addison’s disease have (among other symptoms) salt craving as an indicator. Be sure to get yourself examined by a doctor if you’re concerned.

So, what are the foods with hidden salt?

So you feel like you’re doing the right thing by ordering the salad, only to discover that it’s not as healthy as you thought! While we applaud the salad choice over a saucy, salty rice dish it’s the little added extra’s that really ramp up your salt intake. The processed dressings, cold meats or croutons that are added contain a lot of sodium.

Tip – Ask for the dressing on the side, or better still use olive oil and balsamic vinegar as your dressing.

Bread or sweet pastries like croissants don’t exactly taste salty, so it’s surprising the amount of hidden salt they contain. It is hard to believe that a flaky, airy croissant can contain up to 400mg sodium and a slice of wholemeal bread up to 150mg of sodium.

Tip – Limit your intake of bread to no more than 2 pieces of wholegrain per day.

Salmon screams healthy lunch food, with it’s good-mood and healthy fat characteristics but it all depends on how it’s prepared. Before salmon is smoked it needs to be cured. This process involves slathering the fish in salt, among other ingredients, really upping the sodium content. Consider 100 grams of smoked salmon has sodium levels of over 600 mg, compared to fresh salmon having a sodium content of less than 70 mg.

Tip – Remember it’s an indulgence, so limit your intake. It will save your sodium intake and your wallet.

Thinking that your deli ham sandwich gets a tick of approval for a low-cal lunch? Think again. Luncheon meat from the deli has been processed from reconstituted ground meat, breadcrumbs, pepper, preservatives and salt…lots of salt.

Tip – Go fresh! Choose leg ham cut from the bone or meats shaved from roasted cuts – you will satisfy your tastebuds without missing the extra salt. 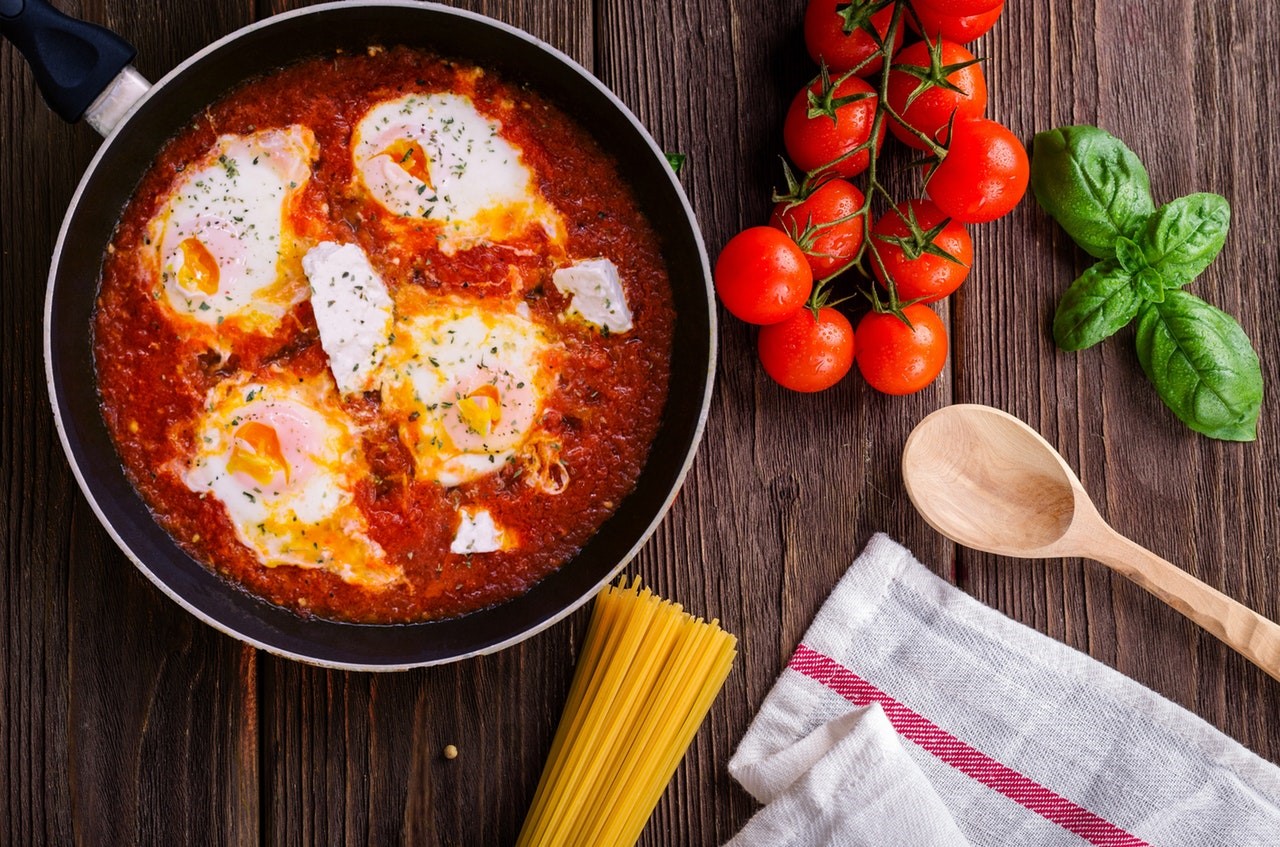 Tinned or bottled pasta sauces are notorious for ‘hidden’ extras. Not only do they have a lot of added salt as part of the preserving technique they also have a lot of sugar to balance the flavour.

Tip – Make your own. Add some oregano and garlic to some fresh crushed tomatoes for a healthy pasta sauce.

Ok, so how do I reduce my salt intake?

When cooking at home:

Are you really addicted to salt?

Acknowledging your cravings and letting them pass can be a powerful tool in fighting them. But it does seem it gets harder and harder to live a healthy life these days. Never fear, it’s really not that bad! If you stick to natural, whole foods and avoid processed foods as much as possible, you’ll do your cravings, your waistline and your inner health a world of good. If you’re not sure where to start with wholefoods and meals, or even making the best choices when eating out you can check out the Active8me app. Active8me has all your nutrition needs sorted with meals designed by experts and approved by dieticians.

This website uses cookies so that we can provide you with the best user experience possible. Cookie information is stored in your browser and performs functions such as recognising you when you return to our website and helping our team to understand which sections of the website you find most interesting and useful.

Strictly Necessary Cookie should be enabled at all times so that we can save your preferences for cookie settings.

If you disable this cookie, we will not be able to save your preferences. This means that every time you visit this website you will need to enable or disable cookies again.